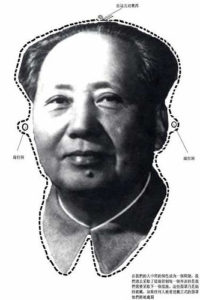 Some people falsely think that revisionism is to deviate from an orthodoxy, to “revise” a tradition. This is an incorrect view of what revisionism is in a Marxist context. We should not treat Marxist writers the same way that Medieval Church scholars treated Aristotle. Mao was right when he said we must oppose book worship. We should not quote the classics of Marxism in the same way that Jesuits quote the Bible.  Real Marxism, Leading Light Communism, is not a dogma, it is simply revolutionary science. Marxism is simply applying science to the task of total liberation, to the task of reaching Leading Light Communism. Like any science, revolutionary science evolves over time. If any deviation from Marx’s original works were revisionism, then everything published after Marx’s lifetime would be revisionist. This is not the case. So what  is revisionism?

1. Reformism. Reformists often say that we do not need revolution. They say that the system can be gradually reformed. They think that we can reach socialism (and communism) through legal and parliamentary means. They do not see the current state as an instrument of reactionary class rule. They see it as a semi-neutral or independent agent that stands above class struggle. According to this view, the reactionary state can be contested; the reactionary state can be a place where class antagonisms can be negotiated. The people’s forces can gradually extend their influence over the state through legal means, according to this view. They believe that the people’s forces can get elected, lobby, etc. This is related to the view that communist consciousness evolves spontaneously from economist struggles for things like better wages. This gradualism and evolutionism was held by the revisionists of the Second International. Sometimes these forces are referred to as “social democrats.”

Lenin sharply criticized these revisionists. Lenin advanced another view of the state. Lenin advanced the view that the state is not neutral. It is always a dictatorship of one class against another. The state is always an agent of repression. It cannot be captured in its current form by the revolutionary forces. It cannot be wrangled away from the forces of reaction. There is the parable of the man who drops his bag of gold into the oceans and dives in after the gold. He drowns. Did he own the gold or  did the gold own him? Such is the nature of the reactionary state. Those revolutionaries who try to enter the state only end up  getting captured in the process. They do not capture the state, the state captures them. Rather, the old state must be smashed. A dual power must be built within society to contest with the old power.  A New Power must be built from the ground up. A New Power must be built up to replace the Old Power. This New Power is the order of the proletariat. To embrace reformism is to deny the New Power.

2. Social imperialism/social fascism. There are those who claim to be Marxist, yet they advocate imperialism. They wrap their imperialism in a red flag. The original social imperialists were the social democrats of the Second International. The German and French social democrats supported the war efforts of their imperialist homelands in World War 1. They reasoned that a victory in the war would benefit their homeland’s workers. These nationalists sought to advance their population’s interests with the spoils of imperial conquest. The revisionists placed their own peoples, their own workers, ahead of the global proletariat. These social democrats were narrowly nationalist. By contrast, Lenin was internationalist. Lenin advocated the policy of “revolutionary defeatism” for imperialist countries. Lenin sought the defeat of his own country, the Czarist empire, in the hope that a defeat for his imperialist homeland could lead to a revolutionary situation. Contrary to Lenin, the revisionists of the Second International were the social imperialists and social fascists of their day. They were socialist in name, but in reality, they were imperialists and fascists.

5. Failure to go all the way to Leading Light Communism. Some revisionists say that we do not need to go all the way to communism. This revisionism is one that downplays the need to continue class struggle under socialism. These revisionists say that class struggle simply dies out under socialism. They do not see socialism as a transition to communism. Rather, they see socialism simply as nationalization of industry and a welfare state. By contrast, communists of Mao’s era held that if one isn’t advancing to communism, then the revolution will slide back into capitalism. If one doesn’t continue to push forward, counter-revolution will defeat the revolution. Inequalities left over from the old society and new inequalities will solidify and a new capitalist class will arise within the organs of power. Reactionary ideas spread, reversing revolution. This is why Mao said, “Never forget class struggle!” Revolutionary struggle must continually be waged against inequality and reactionary culture, otherwise a new bourgeoisie will arise and reverse the revolution. This is “continuing the revolution under the New Power of the proletariat.”