On counter-revolution: Just pointing to revisionists is not enough 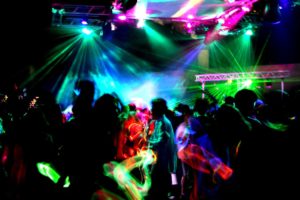 LLCO has not responded convincingly to the causes behind the degeneration of the Chinese and Russian Revolutions. Just pointing to ‘revisionists’ is not enough (and analysis based on individual personality traits is hardly systemic or materialist). In any case, if revisionists can infiltrate into power with such apparent ease (escaping from the eyes of, Lenin, Stalin and Mao), then who could detect them and how?”

I agree 100 percent about your comments on the lack of adequate explanation of the failure of past socialism within the revisionist literature.

Leading Light has not provided a simple answer to this issue, although we have suggested some things in our various history articles. Our answers are far better than what others have said on the topic, especially Maoists. In general, I think that the models of socialism were primitive in many ways. I think that past socialism often had an oversimplified view of human need and what a good life is. Socialism was good at meeting survival needs. It was good at basic education, low-science ideological education, but it failed at meeting other needs. Humans need more than having their basic needs met and getting ideological education. They need to express themselves creatively — sometimes in ways that aren’t overtly political. They need fun. They need pleasure. “All struggle, all the time” is not sustainable. Past socialism was not able to compete with the West in this regard, which is why you got some of the youth fleeing socialism for the West. They want more out of life. I would like a socialism where the youth of the West flee to join us in our egalitarian, communal, vibrant, colorful, artistic, political, scientific, fun experiment. I am a big fan of people’s war. In fact, I think those who are unwilling to support people’s war are revisionist. Those who talk about people’s war but do not throw down or help are Do Nothingist and First Worldist yappers whatever they claim about themselves. Willingness to pick up the gun or help those who do are some marks of real communists. However, as much as I advocate a warrior spirit, I recognize the militant guerrilla ethos of socialism is a two-edge sword. The ethic of sacrifice, altruism, anti-consumerism is great, but people do not want to live like guerrilla fighters all the time. They need other metaphors by which to evaluate and identify themselves with. I led the charge to rehabilitate Lin Biao. Even so, I admit that we need more than simply “barracks egalitarianism,” which is a term I have used to describe the Lin Biao trend, which was really the only Maoist trend with an articulate program for transforming the Cultural Revolution into something permanent. I was listening to interviews with ex-Maoist red guards. The same Maoist youth who were rising up in 1967 were, by 1976, coming out to support Zhou Enlai. They were disenchanted with constant Maoist calls for mobilization, especially with little results to show for them by the end. I got the sense there was a kind of collective burn out there.

Although political debate happened, it usually occurred at a very low-science level in those years. We need to be honest about this. What passes for Maoism is not high theory. It is mostly low science based on some very profound truths. Don’t believe me? Read Beijing Review from the Cultural Revolution era. The standard method of argument is argument from authority. Mao said such and such. Lenin said this. Marx said that. This isn’t true of every aspect of every polemic, but it is very pervasive. And if this is the debate China was projecting to the world in Beijing Review, imagine how low level the debate must have been on the streets. Science and intellectual debate was stifled in very unhealthy ways. For example, even mentioning that family planning might be good could get one labeled as a Malthusian because Mao once said a big population meant big strength. Similarly, Chinese environmentalists were suppressed with little debate. It is good to have debates at all levels, but it seems as though there was a big stifling of debate at the higher level. And yes, Maoism gave a voice to many who never had one. But I think it is too bad that this opening up of society had to come at such a high price. I think we can find a better way. Among other factors, this low level of discourse created a system that was weak and did over-rely on a very low-science loyalty to this or that leader. This is why the fall of a single leader could result in such a seismic shift in the system.

There are many other issues. Although the Maoists broke in theory with past methods, in reality the break was not as great in practice. Yes there were mass mobilizations and the New Power that arose in the People’s Liberation Army, but there was also a lot of police suppression, police method, police narrative and falsifications, lack of due process, brute force happening. At their best, the Maoists wanted a more structural and ideological analysis of counter-revolution, a more structural and ideological method of preventing it, in reality, they used the old methods probably as much as the new methods, often mixing them together. In practice, the Maoist break was not always as great as one would hope. I think there is a disconnect between how Maoist intellectuals frame the Cultural Revolution and the reality on the ground. This is also true of the rejection of the Theory of the Productive Forces and economism. In theory, the Maoists, at their best moments, rejected economism outright, but on the ground there was always a heavy economist trend and attempt to “catch up” with the imperialist West. This is also connected to First Worldism. This isn’t to deny what is innovative in Maoism, the Maoist approach was very innovative at its best moments even if the real history is a mixed bag.

I see revolution as a big experiment. I see communism as a regulative ideal that we aim for. Our first really sustained experiment in the Soviet Union was defeated. But, we learn from that just as any scientist should learn from a past experiment. Our next laboratory for revolution, trying to reach that ideal of communism, was Maoist China. We learned some more things here. Cancer isn’t going to be cured after two single experiments, well, neither will the cancer of exploitation and oppression be cured so easily. We are going up against thousands of years of entrenched structural inequality and social programing. The key is to keep advancing the experiment, to keep moving forward, toward that ideal of Leading Light Communism. Real science isn’t discouraged by failure because there is something to learn even in failure. Science doesn’t give up if it gets something wrong the first time. Fight, fight, and fight some more. Experiment, experiment, experiment some more. Learn, learn, learn. This is the correct attitude toward these issues. Lin Biao said revolution was a train on two tracks, class struggle and development of the productive forces. The word has changed greatly. Imagine trying to a run people’s commune with a hundred thousand people with only pen and paper. Now, we have information technology, the green agricultural revolution, 3D printers. In addition, we know a lot more about class struggle now. Both the technology of the productive forces and technology of class struggle have advanced by leaps and bounds since then. I could say a lot more on this, but there are certain things that must remain secret for now. Deep politics must stay somewhat deep, underground. This is what Leading Light Communism is about: Not just talking about science, actually doing it. Innovation. Advancing the science. Taking it to the next level. Walking the walk.

What I say here is not some definitive answer. I mean to suggest lines of thought and investigation for the future, a kind of research project. What we must absolutely avoid is falling into dogma and stale formulations, Marxism-Leninism, Maoism, or whatever. Such dogma just doesn’t have credibility. We have to really elevate the science. And create new forms of lower science also. Leading Light Communism is making the real breakthroughs.