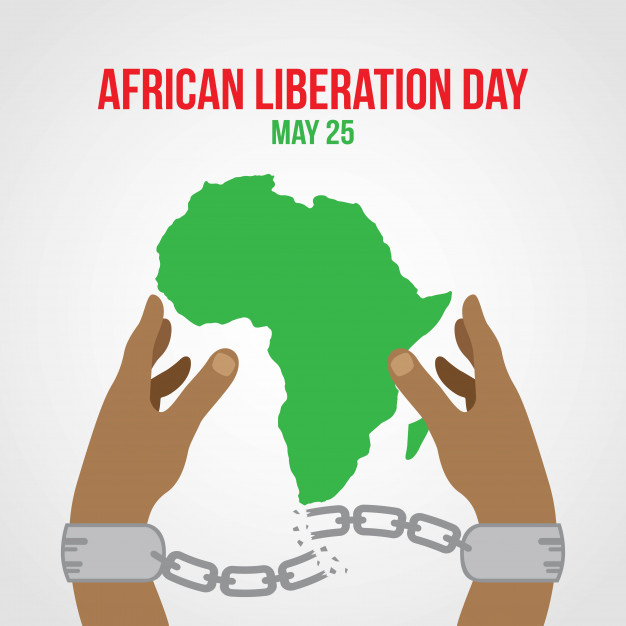 LLCO Ghana at the African Liberation Day program on May 25, 2018: 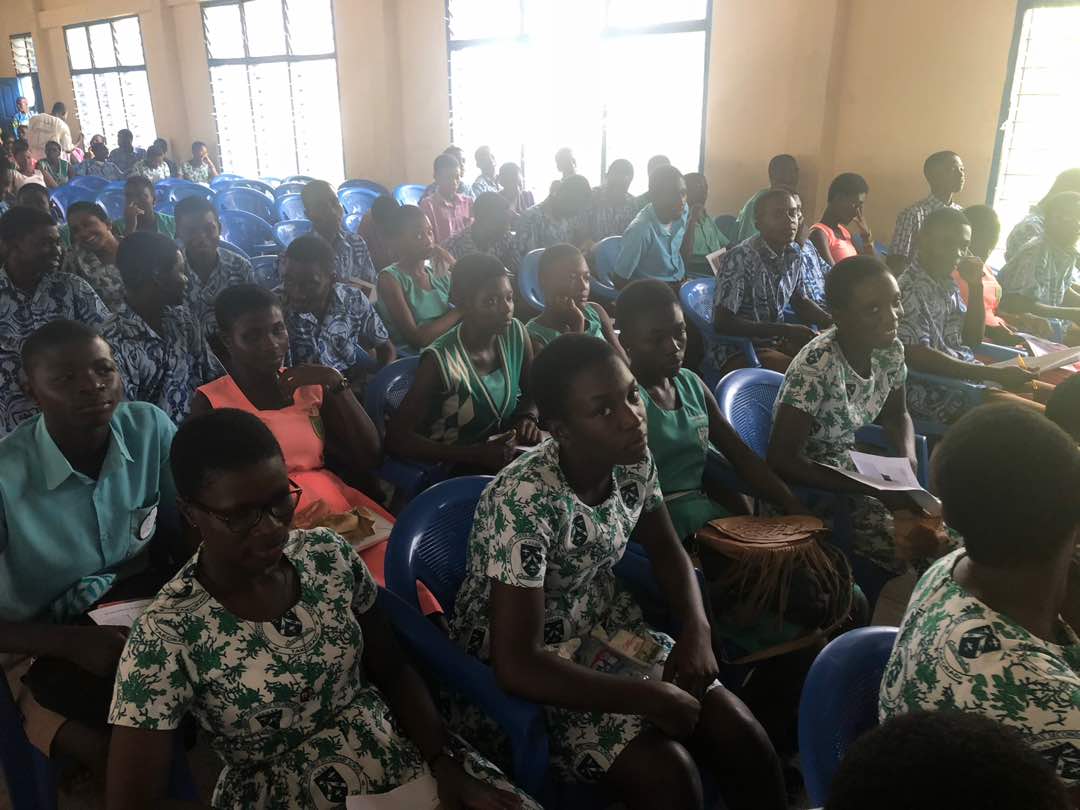 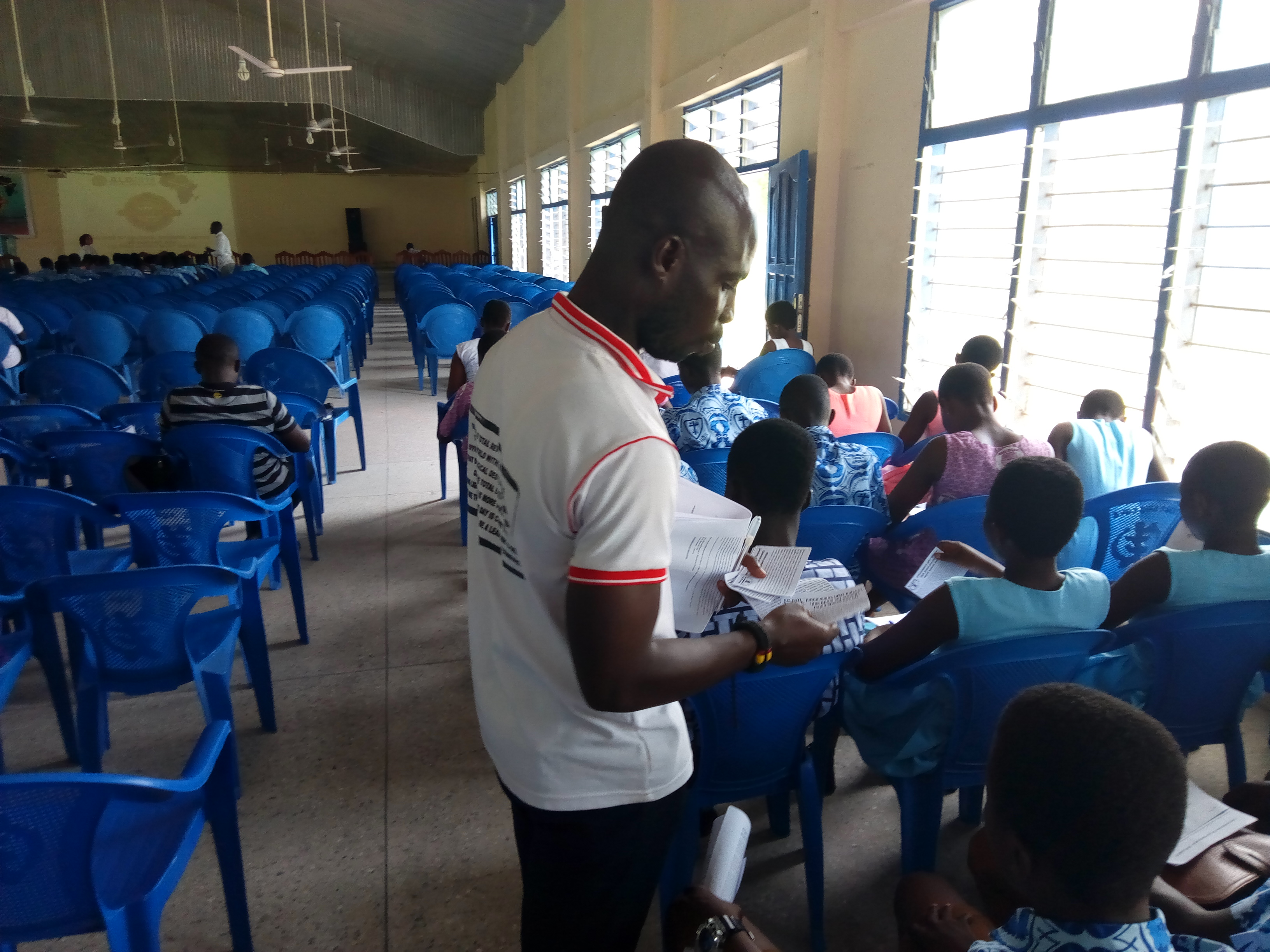 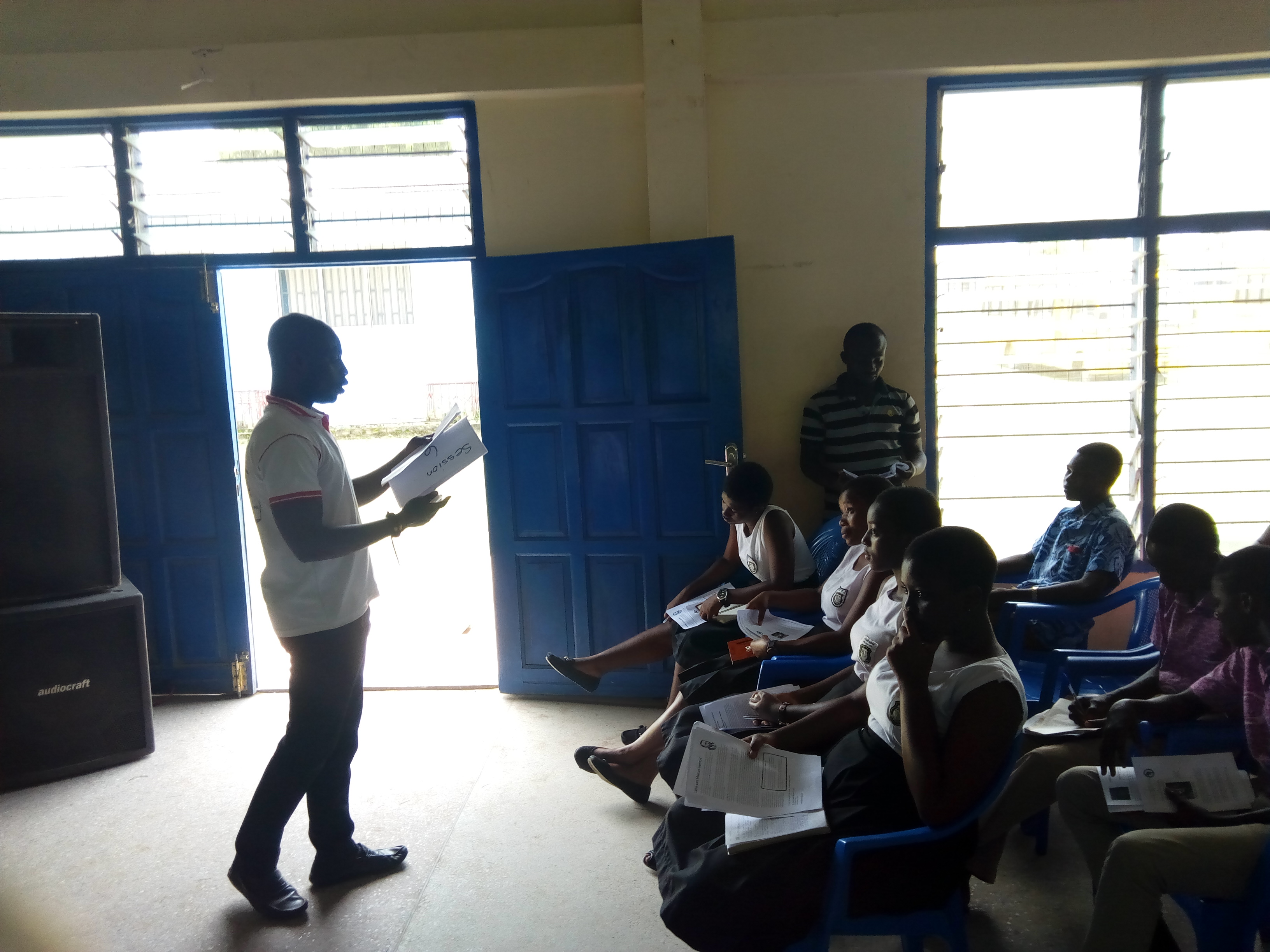 Look at this World Map detailing the Human Development index in 2018 (1): 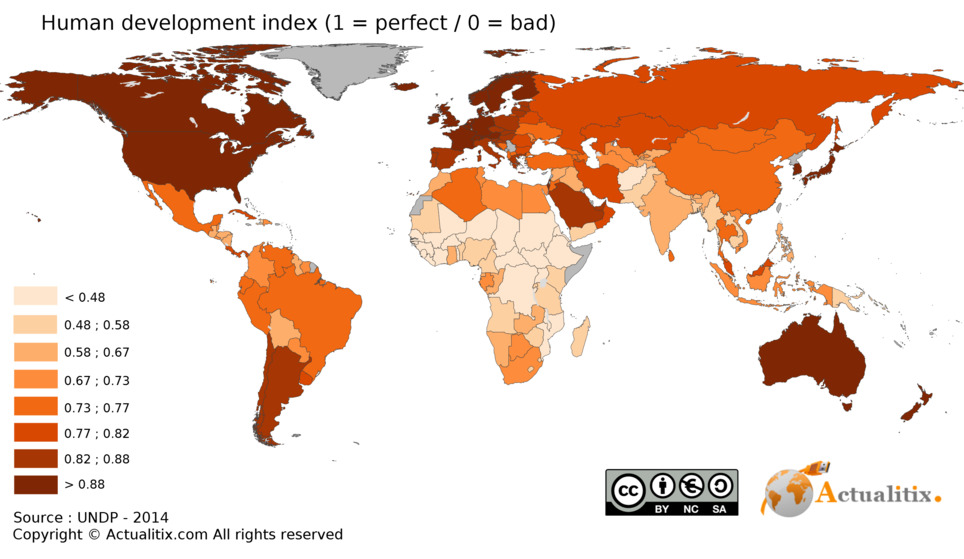 See where the lowest development indicators are? Africa and the Indian subcontinent! This is what Leading Light Communists call the Proletarian World, the primary focal point of our political work. After decades of “flag independence”, after decades of the OAU / African Union, genuine liberation for Africa seems as far away in 2018 as it ever was since the dawn of European colonialism.

Now examine the parts of the world with high HDI. This is, by and large, what Leading Light Communists refer to as the Bourgeois World. The global economy in the 21st century **still** props up the HDI of a minority of humanity, the Bourgeois World, at the expense of the land, labor and resources of the overwhelming majority of humanity in the Proletarian World. And the Bourgeois World is always ready to intervene to enforce its global hegemony whenever the masses of the Proletarian World seek a modest share of what the imperialists have stolen from them, to say nothing of mass rebellion against a neocolonial regime!

In 1997 rebel forces led by Laurent Kabila toppled the neocolonial puppet regime of Mobutu in what is now called the Democratic Republic of Congo (DRC). The DRC is an African state rich in mineral resources, such as coltan, that the imperialists would very much like to loot for themselves. Coltan is used for the production of commodities like cell phones and portable computers. The Bourgeois World’s neocolonial puppet regime in Rwanda, led by imperialist stooge Paul Kagame, spearheaded an invasion of the DRC along with Rwanda’s neighboring states in what was referred to as the “Great War of Africa”.

An article in an African publication provided some damning details regarding the neocolonial economics coming out of the end result of the so-called “Great War of Africa”:

“Rwandan occupation years also coincided with the coltan boom years. In fact, while neither Rwanda nor Uganda have gold, diamond or coltan deposits of significance, both countries have become important exporters of these minerals. A 2003 United Nations Panel of Experts on the Illegal Exploitation of Natural Resources accused both countries of prolonging the civil war so that they could illegally siphon off Congo’s wealth with the help of Western corporations.
This second rebellion, which has claimed over 4.4 million lives, has made Congo’s conflict the deadliest in the world since World War II. Mineral exploitation was one of the driving forces behind the war and the proliferation of militias; some of these militiamen still operate in the region and control mining areas.”(2)

By the time the devastating war in the DRC had slowed down, over 7 million Africans were killed and many more wounded. And what of the wealth from these minerals? Did the masses in the DRC and all of Africa receive the benefits from the labor of their young people mining for coltan and other minerals? The answer is, of course, no!

As the Bourgeois World ramps up its plunder and destruction of the Proletarian World, it builds border walls and fences to keep the economic refugees from imperialist plunder from finding employment to take back just a small portion of the wealth that was stolen from them. Those who do manage to make the journey into the Bourgeois World without dying of exposure or drowning are terrorized by fascist gangs seeking to maintain their global apartheid system of Bourgeois World supremacy. See this map of the “Walled World”, updated in 2018 (3): 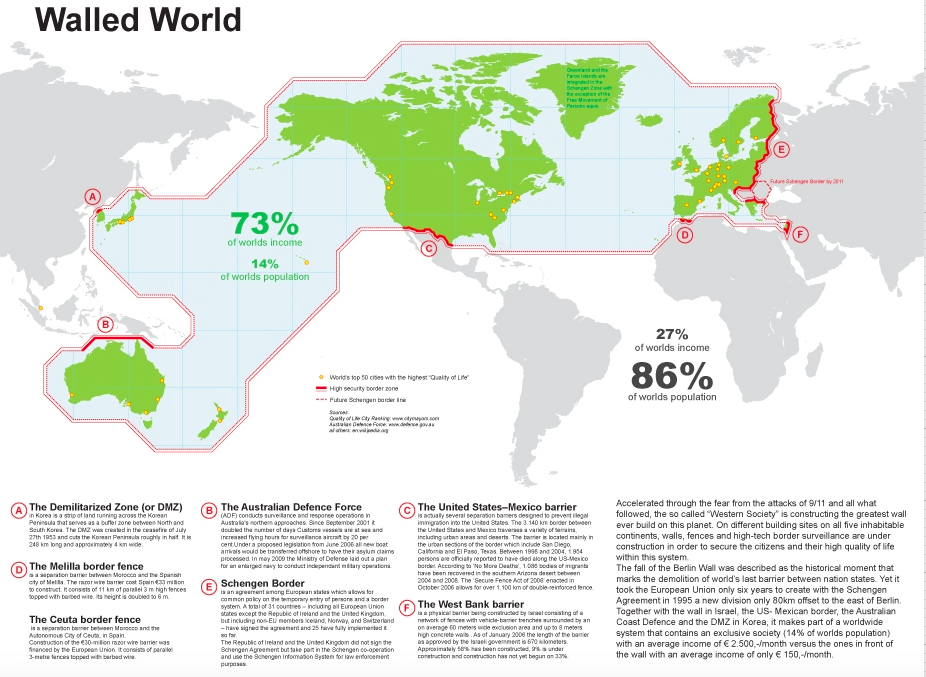 As of 2017, more than 65 million people from the Proletarian World have been displaced (4), with a 40% increase occurring in 2011 during the imperialist-sponsored “Arab Spring” alone! Over 18,000 people from the Proletarian World have perished in the Mediterranean Sea, attempting to cross over into the Bourgeois World. (5) At least 700,000 more people from sub-Saharan Africa are trapped in NATO-occupied Libya, where they are at risk of being kidnapped and sold at slave markets…in the year 2018! (6)

Thus, the question for us on African Liberation Day is, “How do we move forward towards the total liberation of Africa, with so much that has been stolen or destroyed by the imperialists already?”

The answer to this question comes in three parts. The first part is to push forward with programs for collective African self-reliance, and for the collective self-reliance of the Proletarian World countries generally. While the details of the various economic and infrastructure programs for collective self-determination have changed throughout the decades, the need for a Pan-African political union to safeguard these various programs from the neocolonial “divide and conquer” schemes of the imperialists has remained constant. From the time of Marcus Garvey (7), on through the time of President Nkrumah, and as recently as the martyr Muammar Qaddafi, the political program for a genuine and thorough national liberation movement came through the aspirations for an All-African Union.

The second part is to extend the political program for an All-African Union to a New Socialist Union of the Proletarian World generally. The Leading Light Communist Organization has always pushed for multi-national formations in the Proletarian World that are as large as possible, in order to effectively challenge and defeat the imperialists. (8) This orientation widens the global battlefield against the imperialists, as solidarity is not limited to the African continent, but extends across Asia and Latin America as well! Instead of the Bourgeois World being able to rally its stooges at the UN from Asia and Latin America to derail the progress towards African unity, Leading Light Communists building the New Power across the Proletarian World would be better suited to defend themselves and each other from imperialist plots. When the struggle to build New Power reaches a certain point where the means for broader multi-national formations materialize (such as an alternative currency such as a cryptocurrency or the late Qaddafi’s plan for the African Gold Dinar (9), wide-reaching communications infrastructure from traditional satellites to “meshnets”, independent energy production, etc.), it would be much more costly for the imperialists to disrupt any economic or infrastructure projects for African unity specifically, and for Proletarian World unity generally.

The third part of the answer follows from the second part. The revolutionary road from a united Proletarian World of Africa, Asia, and Latin America leads to the end of capitalism-imperialism and the building of global communism. In turn, the revolutionary road to that New Socialist Union of the Proletarian World (including an African New Socialist Union) comes through waging a Global People’s War to sweep away the old neocolonial powers to establish this global class rule of the Proletarian World. And again, the revolutionary road to that armed phase of the struggle, the Global People’s War or “War of Movement”, is the unarmed “War of Position” phase; the struggle to build the New Power, where the masses prepare to advance the cause and lead a New Socialist society! This is the current phase we are in, where we build the institutions that serve the people over profit, which will eventually replace the neocolonial old powers. Along with the institutions that provide basic survival needs of people like healthy food, modern medicine, and production for human need, this War of Position phase also requires us to struggle in the cultural realm by building schools and forming youth social groups and clubs where communist political education and activism is ongoing from a young age. (10)

We have the line. We have the leadership. We have the organization. The Leading Light Communist Organization’s sole purpose is to bring communism to humanity and the Planet Earth that we share. To get to that communist world without exploitation or oppression requires us to organize ourselves, to act collectively, and to build deep roots among the masses by enabling them to build their own institutions of New Power! Will the imperialists combat our attempts to overturn the imperialist system through overt force and covert intrigues? Yes, they certainly will! However, with Leading Light Communist theory guiding our practice, we can and will rely on the masses to unite to defend the New Power they have built with their own hands!

Join us, as the Leading Lights serve the people, build the New Power, and conquer the world for the global poor — the Proletarian “Third” World, especially the African continent!

Long live the Leading Lights! No one is free until everyone is free!