More on the Islamic State 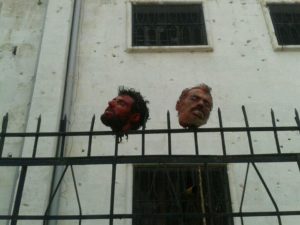 This conflict cannot be understood by simply looking at Iraq and Syria. The Islamic State is part of a broader regional war. Generally speaking, on one side stands Iran, the Assad regime, Hezbollah, and the Shia in Iraq.  On the other side stands the United States and its regional allies: the Gulf Arab states, other Sunni states like Jordan and Turkey, Israel, etc. Other lesser-known struggles are part of this broader conflict also. For example, the popular revolt against the monarchy of Bahrain is also part of this regional war.

“There is still no serious understanding about the threat and they (the United States) have as yet taken no serious action… They have helped (IS) in Syria in different ways.” (3)

The overall effect of the Islamic State is to engulf the region in brutal sectarian conflict that weakens the ability of the masses, be they Sunni, Shia, Christian, Kurd, Arab, etc., to defend themselves against imperialism. Sect is set against sect, ethnicity against ethnicity, nationality against nationality. Iraq and Syria are being split into mini-countries organized around national and religious lines. These smaller entities are more easily controlled by imperialists and their allies. The imperialists are using the Islamic State as part of their strategy to divide and conquer the region.