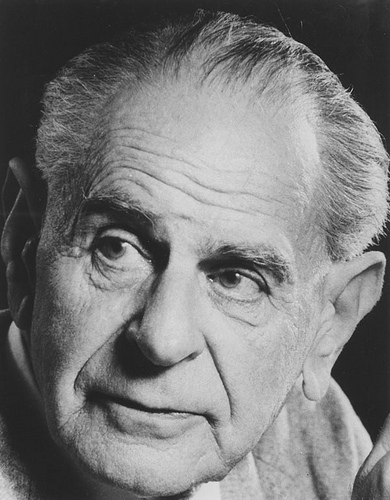 False consciousness does exist. However, when First World peoples share the outlook of the propertied classes, it is, generally, not an example of false consciousness. A quick look at sociological data shows that the majority of White, Asian and Indigenous households in the United States own their own homes. For Whites, around 3/4th of all households own their own homes. For Blacks and Latinos, the number is around 50 percent. Without looking up the exact numbers, it is pretty obvious that the vast majority of households also own (at least one) car, usually several televisions, stereos, ovens, kitchen appliances, computers and other big ticket items. In addition to this, even the poorest households in the United States have large wardrobes, toys for children, and other smaller luxury goods. The vast majority of humanity cannot even to hope to live as well as the poorest worker in the United States. There are more people in India, for example, making less than 80 cents a day than exist in the United States. The median worldwide is 2 to 3 dollars a day. Even a person in the United States at the so-called “poverty line” (an arbitrary line set by the state) is one of the richest 15 percent in the world.

The reason they have the outlook of the propertied class is because the workers in the United States are a propertied class. They are not the proletariat that Marx described. They have far more to lose than their chains. They make far more than just enough to reproduce their labor for the next production cycle. They are not living at subsistence and sub-subsistence as Marx described the proletariat. Many First World workers have more access to capital than bourgeoisie in the Third World. Capitalism works for the vast majority of people in the First World. That is why they consistently support it and imperialism. This is why they do not support radical, progressive programs to remake society, but they do support social democratic reforms that benefit themselves. They are net beneficiaries of the imperialist system. The majority of the First World workers would lose out under an egalitarian distribution of the social product, which is why First World workers align with the system.

If First World workers were exploited, if they were making less than they were entitled to under a global socialist distribution, then we could speculate about false consciousness. But, this isn’t the case. They act like the imperial bourgeoisie because that is what they are. You have to be pretty deluded and dogmatic not to see it.

There is a famous essay by Karl Popper where he ridicules Marxism as a pseudo-science because, according to Popper, whenever Marxists observe something that falsifies Marxism, instead of throwing out Marxism (as we would with a scientific hypothesis), Marxists simply invent an ad hoc explanation for why the observation does not count as a true falsification. In other words, according to Popper, Marxism can never be falsified; so it is not a true science. According to Popper, it is more akin to religion. What Popper says about Marxism fits revisionism exactly. It fits First Worldism, pseudo-Marxism. There has never been anything close to a socialist revolution in the First World. Even after a century of First Worldist “socialist” activism of all kinds, even after huge economic downturns and depressions, the First World “socialist” movement is not an inch closer to revolution. Again and again, First World workers align for imperialism, for capitalism (in both its American form and and European social democratic form). For all the talk of “mass line” among the First Worldists, they are incredibly hard of hearing. Listen to your own beloved constituency. Look at them as they are, not as you would like them to be. The socioeconomic facts about world cannot be wished or willed away. Facts are stubborn things. No matter what kind of falsifications First Worldism encounters, First Worldists simply say that the reason First World workers do not make revolution is because they are suffering from false consciousness, they are brainwashed, etc.

In the long term, for the most part, potential behavior is a function of material interests. This is why in the Third World, despite all the same attempts to bombard the population with capitalist propaganda, the people still rise up in radical rebellion from time to time. They rise up in communist rebellion, in proletarian rebellion, in national liberation. In fact, in the Third World, it is often the case that the capitalist monopoly of the media is even stronger than in the First World. Even so, reality breaks through. Capitalist misdirection only goes so far when it runs up against reality. False consciousness exists, and it can even exist for long periods. However, eventually reality wins out.

The reality is that the First World has no significant proletariat. This is why we  never see proletarian revolution in the First World. However, we do see fascist rebellion like the Minutemen and Tea Party. We have seen social-democratic/social-imperialist rebellion of anarchists and First Worldist so-called Marxists, like Paris of 1968, when Paris workers had a general strike then went back to the factories in exchange for double-digit raises. We also see movements between the fascist right and the social-fascist “left.”

It is a mark of science that it predicts and explains. First Worldism simply doesn’t correspond with reality, it doesn’t predict. And its explanations are all ad hoc and religious-like, as Popper saw. Leading Light Communism, by contrast, actually does predict and explain. It tells us where revolutions will happen and when they will not. It provides explanatory mechanisms that are not simply ad hoc and excuse like. This is what real revolutionary science looks like.