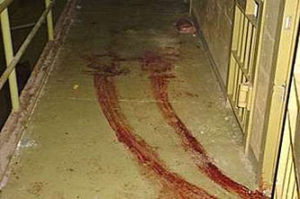 In the United States, the Senate Intelligence Committee has released a scathing report on the Central Intelligence Agency’s (CIA) use of torture. The 500 page report is a summary of a larger, still-classified 6,000 page study on the CIA’s interrogation methods and treatment of prisoners accused of terrorism. The use of black-site prisons has long been public knowledge. The use of waterboarding, which induces the body to think it is dying, is the most well-know method of torture. The report contained interesting new information not widely known. According to the report, 20 percent of the detainees were “wrongfully held.” One mentally challenged man was held just to get leverage over his family. In addition to that, the CIA forced prisoners into “a forward-facing position (Trendelenburg) with head lower than torso.” A “lunch tray” was prepared, “consisting of hummus, pasta with sauce, nuts, and raisins was ‘pureed’ and rectally infused.” Children and families of the detainees were threatened with violence and sexual abuse. Ice baths were used. Prisoners were required to stand 66 hours on end. Khalid Sheikh Mohammed was almost tortured immediately, without even bothering with much questioning. The CIA had planned to hold him indefinitely without charge or trial. Detainees were tortured simply for not referring to their interrogators as “sir” and for complaining about stomach aches. Bush’s Justice Department lied to Congress on occasion, including about the claim torture foiled the plans of Jose Padilla. In addition, the State Department and other agencies were not informed when the CIA made deals to open secret prisons abroad. (1) Numerous other outrages were documented in the report.

Although its effect has not filtered out to the US public fully yet, it is not a secret that the United States has long engaged in horrible behavior toward prisoners in the name of fighting terrorism. There have been numerous cases in the media where the CIA has been caught kidnapping people off the streets and shipping them off to secret prisons to be tortured. Sometimes, the people have been innocent or were detained based on mistaken identity. The practice of “rendition” has been in exposed numerous times in the media, yet has provoked little public outrage. Probably the most well-known torture scandal was that of Abu Ghraib, where numerous photographs emerged of US military personnel torturing Iraqi prisoners. There has also been numerous cases of police torture and violence inside the United States, and a general increase in the security state. Even with all this, most Americans, according to a 2009 poll, support the ongoing use of torture. A good majority, 71 percent, of Americans responded that torture can be justified in some cases. According to the poll, 49 percent said it can “often” or “sometimes” be justified and 22 percent responded that torture can be “rarely” justified. Only 25 percent of Americans said torture could “never” be justified. These numbers are telling in themselves. However, there is a certain stigma associated with answering that torture is justified. It is probable that the real support for torture is even higher among Americans. (2)

It is not surprising that more Americans do not oppose torture. When it comes down to it, many Americans perceive it in their interests to support the worst violence of the state. This is not uncommon in an imperial population. Human rights are not respected if there is a real perceived threat to the system. This just shows how an imperial population can easily compartmentalize its conception of itself. On the one hand, the population of the United States likes to claim that its armies protect democracy and human rights globally. On the other hand, they are very willing to toss that pretense when they need to, which is one reason that Americans are so drawn to rouge military, intelligence, and police officers in television and film.

The First World is an empire of hypocrisy. It must be obliterated. We reject their world, their future. Our future is one where all people will have true dignity and equality. They will wage their wars according to their rules. We will wage ours our way.