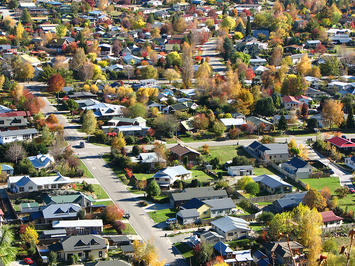 First Worldism in the imperialist countries is Social Fascism

There is a reason why Third Worldists refer to First Worldists in the imperialist countries as “social fascists.” We are living in a day and age where imperialism has advanced capitalist centralization of wealth on a global level. The rich countries rape, plunder, pillage, impoverish and enslave the poor countries, coercing and bombing them into submission. If the “leaders” of the third world will not sell out their people and submit their resources and labor to the imperialists, their countries are subject to invasion, slaughter, and ultimately destruction. This is not some kind of secret that only a chosen few know; there are no conspiracy theories or men in suits lobbying in smoke filled rooms. This is common knowledge. Unfortunately, it is common knowledge which, today, few in the First World choose to think about or even acknowledge. Today, the First World’s primary source of wealth and labor is the Third World. When First World peoples, especially First World workers, want more, when they want an increase in their living standards, they are taking that new barbecue or 3D flat-screen right out of the mouths of Third World peoples. They are using luxury and commodity fetishism to rob the Third World of simple austerity measures.  They are taking more and more from those who are already barely surviving: those who produce but cannot eat from the fruit of their labor.

During his life, Marx spoke of what criteria defines who is of the proletariat and who is of the bourgeoisie. He described the proletariat as a class receiving far less than the value of their labor – of having nothing to sell but their labor and subsequently being alienated from their labor. This does not describe the vast majority of First World peoples. This does define, however, the majority of Third World peoples. One important criterion of the bourgeoisie is consuming much but producing little or nothing in terms of valuable labor. This is very descriptive of most First World peoples, even those on the lowest strata (who are in and of themselves a minority) in the First World. We can gather from this (as well as all other Marxist criteria of what defines each class) that today’s class contradiction is a global one in the current age of globalization and US hegemony. Today there is a global proletariat struggling to survive under the yolk of a global bourgeoisie. It is the duty of a communist to struggle against the bourgeoise in support of proletarian revolution, even if it means becoming a class traitor.

One who does not even recognize these global class contradictions cannot possibly call oneself a communist. It is laughable that today’s First World “communist” parties are so willing to describe themselves as Marxist (or indeed anything even leftist) when they not only fail to recognize today’s material conditions, the way imperialism has changed the game, but they also fail to support the global proletariat against the global bourgeoisie. In fact (and this is almost shockingly dim), these “communist” parties support the global bourgeoisie in their parasitic devouring of the Third World peoples, the global proletariat.  They are the labor aristocracy.  They are completely bought off by imperialism. They call for more. More for First World peoples. More wages. More benefits. More at the expense of those who have nothing. Those who truly have nothing to lose but their chains.

In order to wage a People’s War (which some “communist” parties, hilariously, actually have the gall to say might happen in the First World), or even begin any sort of proletarian revolutionary action, you don’t just need a proletariat (which does not exist in any revolutionary form in the First World), but you also need a social base. People have to desire and work for a revolution, because a communist revolution doesn’t just closely involve common people, but it is subsequently composed of the efforts of common people. First World peoples are asleep. They are too busy wallowing in their decadence and consumerism. First World peoples do not make the basis for revolution. They are not concerned with the proletariat. This is a very basic truth. To refuse to acknowledge this is not science. It is not Marxism. To refuse to acknowledge this is to have your head buried in dogma, the dogmatic idea that all workers are exploited and oppressed, regardless of material conditions.

Historically, communist revolution has always come from the darkest of places. It has always come from those who truly had nothing to lose but their chains. It came from those who, for them, revolution meant survival; for those who fought so that their children might be able to live decent, dignified and meaningful lives. Clean, sanitary water. Food. Clothes. Housing that doesn’t blow away or crumble in front of weather, or tanks. Education. Health care. Never has a communist revolution occurred in the rich countries, where the majority of its people could live without much concern for daily needs. In the rich imperialist counties, a different kind of revolution occurred once it’s people’s living standards took a drop. Once the imperialist privilege of these spoiled populations was threatened, they turned to fascism and bourgeois nationalism. They allied with the bourgeoisie, not the proletariat. The most reactionary elements of society took control and reorganized their economies and societies in order to not just allow but demand imperialism. Death was the answer to everything.

First Worldist “communists” are not communists at all. First Worldists in the imperialist countries are social fascists and social imperialists, demanding more for their own people, and actively working to oppress and exploit others to maintain imperialist privilege. They reject science and today’s reality and material conditions, clinging childishly to dogma and revisionism. Socialist redistribution of wealth on a global level is not in the First Worldists’ interests. “Revisionism” means to cut the revolutionary heart out of communism, and that is exactly what First Worldists do. Leading Light Communists are the only real communists today. Be a Leading Light. Support real communism, not First World revisionism.