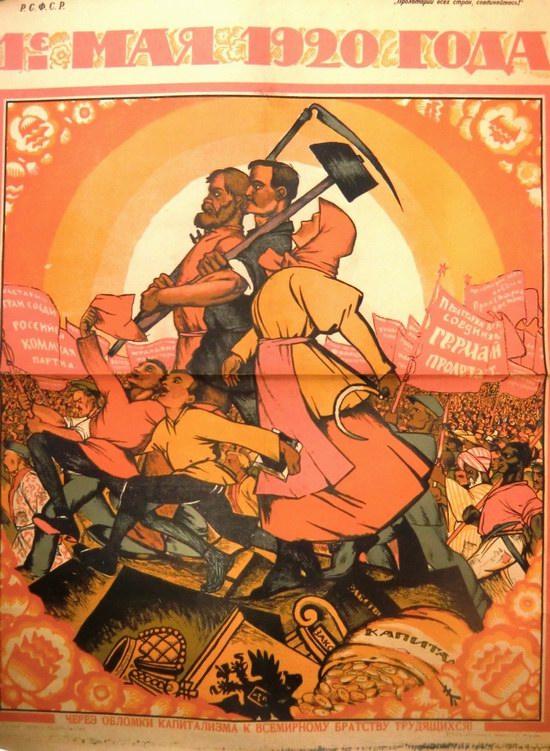 At this time last year we referenced the historical significance of the times we are living. Indeed, the rapidity of the changes in the global dynamic since then are a testament to this fact. The current situation between Russia and Ukraine has now largely supplanted the pandemic as the preferred global crisis du jour. And with that, it seems that there is no shortage of people that have chosen to become cheerleaders for either Russia, or NATO and its puppet proxy in Ukraine. Some are touting the benefits of a Russian victory or an increasingly multipolar world, while others are decrying the collapse of the old global order. Still others fear the outbreak of WWIII, and along with it, nuclear annihilation. And it is this fear that perhaps justifies the inordinate amount of media attention that this conflict has garnered versus the bloodshed occurring in other areas of the world.

As revolutionary scientists we must watch this conflict carefully and prepare to take advantage of the outcome. A resolution is inevitable at some point, and the global order will certainly be shaped by it. Whether it means entering into a chaotic era of multipolarism, an emboldened US/NATO hegemony, or something else entirely, it will have major implications for the global proletariat.

With that in mind, let us all remember which side we are truly on, and what we are fighting for on this May Day.

In the words of Lenin, we must ask: “what is the war being waged for, and what classes staged and directed it?” While the answer to the first part of this question is somewhat nebulous, the answer to the second part is clear as day. NATO’s provocative expansionism into Ukraine, and the resulting Russian invasion were staged and directed by the bourgeoisie. Despite what western media outfits say, the Russian Federation is not trying to remake the USSR, Ukraine does indeed have a Nazi problem, and it is indisputable that NATO and the US are the largest purveyors of imperialist violence in the world today. And contrary to the beliefs of some misguided leftists, Putin is not a benevolent actor that is friendly to the socialist ideal, nor is an unpredictable multipolar world guaranteed to cultivate revolution in the areas we operate.

This constant barrage of propaganda and social media virtue signaling has created a false dichotomy that has duped many well meaning communists into cheerleading for one side or the other in what amounts to a flare up in an inter-imperialist rivalry. They make a mockery of themselves, by waving Ukrainian flags, or brandishing the letter “Z”, showing support for governments that are all hostile to their ideology. For true communists, there is no side worth supporting in this conflict., nor do we have the power to affect the outcome.

This May Day, join us in rejecting this false dichotomy. A conflict between imperialist powers, is just that, regardless if one imperialist is more powerful than the other. We will not abandon our principles for the sake of political expediency. Marxists should be fighting against capitalism and all its evils, not choosing sides between the imperialist bourgeoisie. Rather than joining in the ineffectual chorus of cheerleaders, our time is better spent planning strategies that will make the most of what is to come.

To the questions of what we fight for, and of which side we are on: The LLCO is on the side of the global proletariat. Our interests are not served by a NATO victory, or a Russian victory, but by the victory over ALL imperialist oppression. We fight for a just, sustainable, communist world. Down with Nazis! Down with all imperialism! Down with NATO! Victory to the international working class!