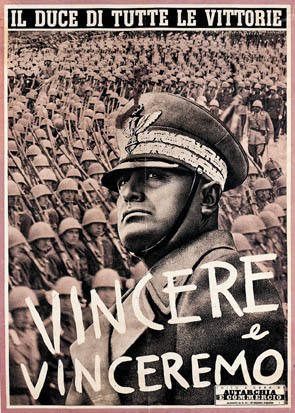 Here MIM culls some of the defining characteristics of fascism from classic texts of the Third International: Dimitrov’s report to the 7th world congress of the COMINTERN (1) and Dutt’s “Fascism and Social Revolution.”(2) Applying these principles today, we can say that even though the imperialists have not implemented fascist measures against the exploiter majority in First World countries, the imperialists are the principal prop of fascism in the oppressed nations. This is why MIM wages a concerted fight against nationalist social-democracy and fascism in Europe. Both are strains of militant parasitism; both support the status quo of oppression in the Third World.

1. Fascism is “the open terroristic dictatorship of the most reactionary, most chauvinistic, and most imperialist elements of finance capital.”(Dimitrov, p. 2)

2. Fascism is an extreme measure taken by the bourgeoisie to forestall proletarian revolution; it “expresses the weakness of the bourgeoisie itself, afraid of the realization of a united struggle of the working class, afraid of revolution, and no longer in a position to maintain its dictatorship over the masses by the old means of bourgeois democracy and parliamentarianism.”(Dimitrov, p. 2) “The conditions [which give rise to fascism] are: instability of capitalist relationships; the existence of considerable declassed social elements, the pauperization of broad strata of the urban petit-bourgeoisie and of the intelligentsia; discontent among the rural petit-bourgeoisie, and finally, the constant menace of mass proletarian action.”(Dutt, p. 88)

3. Fascism concentrates each imperialist bloc into a single economic unit while at the same time increasing between-bloc antagonisms and advancing towards war. (Dutt, pp. 72-73)

4. Fascism promotes chauvinist demagogy (e.g. reducing the problem of parasitism to the “Jewish Question”) and anti-science obscuratinism (e.g. Dutt, pp. 54-58 or any Jerry Bruckheimer film). Fascism hypocritically adopts Marxist critiques of capitalism, and bourgeois democracy.(Dimitrov, pp. 6-7) It does this to “utilize the discontent of the petit-bourgeois, the intellectual, and other strata in society.”(Dutt, p. 89)

6. Both bourgeois democracy and fascism are forms of the class dictatorship of finance or comprador capital (in imperialist and semi-colonial countries, respectively)–that is, both use organized violence to maintain the class rule of the oppressors over the oppressed.

Hence, any differentiation between bourgeois democracy and fascism is a strategic or tactical matter–not a matter of Marxist principles.

7. The difference between bourgeois democracy and fascism is a matter of quantitative changes leading to a qualitative change. The qualitative differences are relevant to us in terms of their effect on our policies towards non-proletarian classes. “The accession to power of fascism is not an ordinary succession of one bourgeois government by another, but a substitution of one state form of class domination of the bourgeoisie–bourgeois democracy–by another form–open terrorist dictatorship. It would be a serious mistake to ignore this distinction, a mistake liable to prevent the revolutionary proletariat from mobilizing the widest strata of the working people of town and country for the struggle against the menace of seizure of power by the fascists, and from taking advantage of the contradictions which exist in the camp of the bourgeoisie itself. But it is a mistake, no less serious and dangerous, to underrate the importance of, for the establishment of fascist dictatorship, of the reactionary measures of the bourgeoisie at present increasingly developing in bourgeois-democratic countries–measures which suppress the democratic liberties of the working people, falsify and curtail the rights of parliament and intensify the repression of the revolutionary movement.”(Dimitrov, pp. 4-5; emphasis in the original)

8. Social democrats of the Second International ilk paved the way for the fascists by closely identifying itself with the national interests of their respective imperialists states, denying internationalism, placing their faith in bourgeois democracy and scuttling the extra-legal struggle for state power. Hence they earned the epithet “social fascists.”

9. The COMINTERN United Front policy was based on its assessment that “[f]ascism is the most viscious enemy of the working class and working people, who constitute nine-tenths of the people in [the] fascist [and proto-fascist] countries.”(p. 12) Furthermore, the working class in these countries constituted a unified proletariat. Fascism was eroding the material basis for differences between communist and social-democratic workers.(E.g. Dimitrov, pp. 24-34)

10. The labor aristocracy is majority in the imperialist countries and not proletarian. The fact that the imperialist allow the labor aristocracy bourgeois democracy is an example of the alliance between these two classes and consistent with the following observation from Dutt: “Fascism strives to establish political and organizational unity among all the governing classes of capitalist society (the bankers, the big industrialists and the agrarians), and to establish their undivided, open and consistent dictatorship.”(Dutt, p 89; emphasis added)