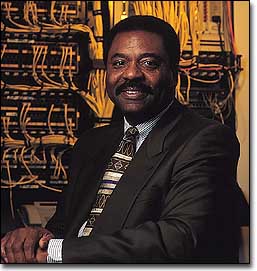 “I have two questions . I am honestly not trying to be flippant or provocative.

1. Does Leading Light theory ignore the possibility that First World workers are able to recognize the general trend of global capitalism, which will end up impoverishing all workers? Does it deny the possibility that being able to do so might make some First World workers identify and support the struggles of the Third World proletariat against their current material interests.

2. Theoretically, if I am receiving pay below the global average one day, and get a raise the next which brings me slightly above, do I automatically become labor aristocracy? And if not how far above the average would my pay have to be?”

There is nothing wrong about asking questions. That is what intelligent people do.

1. Global capitalism has not turned out how Marx predicted in the Manifesto. The world has not polarized into “two great classes,” the wage earners and the bourgeoisie. Rather class is much more complicated than that. Marx, in his more scientific works, did not see things so simply. Later Marxists have painted a more accurate picture as reality changes. Science evolves.

What basis is there for saying that capitalism has a “general trend” of impoverishing all workers?  Even Engels began writing of the bourgeoisification of large segments of the population of wage earners. Engels said that whole nations could be bourgeoisified. In Lenin’s time, the Bolsheviks began referring to a “labor aristocracy.” There is Lenin’s famous statement that the “seal of parasitism” affected whole nations. Lin Biao said that the proletarian struggle in the First World was “delayed” while it was vigorous elsewhere. Lenin recognized that it was wrong to simply refer to all workers as though they were the same just as Lin Biao drew a big distinction between the global countryside and global city. Lenin called it a “split in the working class.” The revolutionary tradition has long recognized that not all workers are the same. The world is not so even, so flat.

Engels and Lenin recognized that bourgeoisification was increasing, that the split in the working class was growing. That was about 100 years ago. The trend that they recognized has increased by leaps and bounds over the past century. Today, the First World contains no significant proletariat, no revolutionary class. Its working class should be regarded as part of the global bourgeoisie or as part of the labor aristocracy. Even the poorest sectors of the US working class make more than their fair share of the global social product. Why would they want to overthrow the system and replace it with an egalitarian one? They wouldn’t and don’t, of course. Workers in the First World and workers in the Third World do not belong to the same class.

Even if it were the case that there was a general trend to lower the wages of all workers, it would still not mean that First World workers are a proletariat. Just because First World workers may become exploited 100 years from now does not mean that the First World working class currently has an interest in throwing off the system. There are segments of the bourgeoisie who, in a future crisis, will fall into the class of exploited workers. That does not mean that we relate to the current bourgeoisie as though they are proletarians now. Capitalism is an unstable system. Marx called it anarchistic. It is prone to crisis. Lots of things can happen. However, we relate to the global class structure as it is now, not how it might be a century from now. People are driven largely by their current class interests, not by their possible class interests a century from now.

2. Today, the world economy is basically a single giant unit. The process of globalization has been going on for hundreds of years. Except for a few remaining isolated tribes in places like the Amazon, everyone is part of this global causal nexus. Also, the global social product is finite. The global economy only produces a limited amount of value every year. One consequence of this is  that if one person is getting more, someone else is getting less. Think of the world economy as rivers of value. Value flows to some people more than it flows to others. People get more value based on all kinds of interrelated things, based on power,  social and economic position, gender, etc.

Now, there are a couple of ways we can look at exploitation. One way is to tie exploitation to the value of labor. This is based on the labor theory of value. We assign a value to labor as Comrade Serve the People has based on taking the global surplus and dividing it by those who labor. Then we ask: who makes more than that and who makes less. According to this scheme, those who make more than the value of labor are receiving that extra value from someone else. Therefore, they are net exploiters. If they work, we can call them part of the labor aristocracy. Those who make less are exploited. This approach has certain drawbacks, especially given the growth of the non-working and non-productive poor of the Third World.

Another way to look at  exploitation is to divide up the global surplus by the number of people in the world. Since socialism is about equality, we can use the principle of equality  as a kind of regulative idea. Those who receive more than an equal share of the social product are, therefore, exploiters. Those who make less are exploited. According to both approaches, First World workers are not generally exploited; they are exploiters. We can extend this method by looking beyond the global surplus. We can also see how access to quality leisure time is distributed worldwide. For example, First World people have far more access to quality time than Third World people. We can come up with a set of primary goods. We can then see who are the winners and who are the losers in the global distribution.

Overall, people’s range of behaviors are a function of class, nation, gender, etc. This is part of what Marx called historical materialism. However, people are not divided sharply into distinct categories. Rather, the world is a continuum of gray. There are people who may move from the being exploited to being an exploiter. They may retain the outlook of the oppressed for sometime after that, even though it will tend to fade. Sometimes when this affects large groups, we refer to this as “proletarian memory.” For example, look at Northern Ireland. There is a higher degree of internationalist sentiment there even though Northern Ireland is part of the First World and contains no significant proletariat. National oppression can also help preserve a degree of proletarian, internationalist sentiment in the culture. However, over time, as a country becomes less and less exploited, as it becomes more and more bourgeoisified, proletarian memory fades. We see this kind of phenomenon all the time in other contexts. A corporation may hire a Black person from the hood in order to deflect criticism from itself. The new employee, although recently wealthy, may still retain the marks of his past in his outlook. However, over time, he will tend to integrate into his new surroundings, his loyalties and psychology will fully shift. He will “sell out.” We see this happen all the time in the music industry. This can work the other way too. Someone who has fallen from the position of exploiter to exploited can retain the outlook of his previous position for some time. Over time, however, the best general marker for showing whether someone is a potential friend or enemy is whether or not they  “have nothing to lose but their chains.” Marx understood this very well.

People do not “automatically” anything. The world is a gray place. Wittgenstein is more useful than Aristotle here. The world is not chopped up into clearly defined things. There are always anomalies, hard cases, etc. The world is shady. Mao said the question of first importance was the question of friends and enemies. This is because making revolution is a process of aligning friends to over overthrow enemies. To answer Mao’s question requires dividing up the world into socioeconomic groups. We have to understand the world to change it. First Worldism divides up the world in a way that does not correspond with the world at all. First Worldism does not predict or explain. Leading Light Communism, by contrast, does. First Worldism, whether in its Trotskyist guises, Maoist guises, or whatever, is completely unscientific. It is pure dogma. Leading Light Communism is the most advanced revolutionary science today.