The Beast of Corruption in Bangladesh 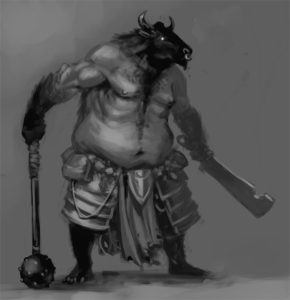 The beast of corruption feeds on our land. It grows fatter and fatter. In the early 2000s, Bangladesh was ranked the most corrupt state in the entire world five times. Today, Bangladesh continues to be ranked one of the most corrupt countries in the world. Sixty-six percent of Bangladeshis surveyed believe that corruption has increased in the past two years. Ninety-three percent of the population views the political parties as corrupt. Ninety-three percent believe the police are corrupt. Eighty-nine percent see the judiciary as corrupt. Eighty-eight see the parliament as corrupt. The bureaucratic administration is perceived as corrupt by 84 percent. Health care is viewed as corrupt by 81 percent. Eighty-three percent claim the private sector is corrupt. Other institutions like the mass media, non-governmental organizations, the military, etc. are also seen as corrupt by large segments of the population.

In Bangladesh, the most visible outcomes of corruption are the recent tragedies that have plagued our brothers and sisters who work in slave-like conditions. They die producing goods that are mostly exported to the First World. In 2005, when a building collapsed, 64 garment workers died. The owner did no prison time. Then there was the Tazreen Fashion factory fire that killed 117 workers in November of 2012 near Dhaka. In April 2013, over 1,100 died when a garment factory collapsed in Savar district on the outskirts of Dhaka. Corruption was partially to blame for the disaster. The owner Rana Plaza was a local politician, Sohel Rana. He was allowed to add three stories to the building illegally. And he was allowed to order laborers back to work, ignoring warnings the structure was failing. Our brother and sister workers die in order to make wealthy the corrupt capitalists, corrupt landlords, corrupt politicians, corrupt police, corrupt bureaucracy, corrupt courts, corrupt NGOs, corrupt Islamists, and corrupt empire wealthy.

The same is faced by our brothers and sisters in the countryside. Our land is stolen. Our families beaten, dishonored, terrorized. Everything is taken from us because there is no justice from the current system. According to the same survey, our fellow workers, farmers, small owners, and poor people suffer similar corruption in India, including West Bengal. All of our people, the oppressed, the poor, the proletariat, suffer under the corrupt states imposed on us by the First World empire.

The Awami League, the Bangladesh Nationalist Party, the Islamists, etc. are different faces of the same corrupt beast. They are the many faces of empire. We scream for justice, but the beast does not listen or care. The Old Power, the old system, is designed to keep us in chains. There will never be real change within the current system. This is why we need New Power, revolutionary power, Leading Light Power. We must rise up and govern ourselves in our communities. We must create people’s courts that really listen to us, that truly deliver justice. We demand real due process, a legal system that works. No more bribes. No more fake encounters by the police and military to assassinate our people. No more beatings. We must strengthen our people’s army to return the land to the people and to deliver healthy lives to the oppressed of the city. As individuals we are weak, but together, united, organized, we are strong. The Leading Light is the sword of  justice. It is our weapon that will slay any beast. Pick up this sword for our children, for their children, for ourselves. Our future is our own.