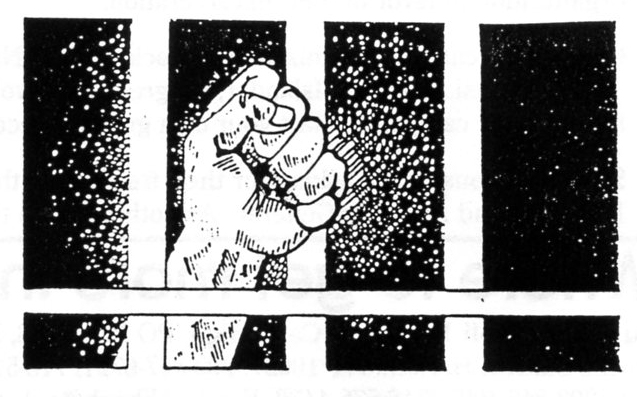 1. A comrade never betrays the organization, movement, or other comrades whether she is incarcerated or not. A comrade does not become a traitor under any circumstances, even under the duress of incarceration or worse. A comrade holds out at all costs, even under torture.

2. In the First World, comrades who become incarcerated should make their personal survival a priority. Without ever betraying the movement, a comrade should do what she has to do to make it through her sentence as quickly as possible in order to secure release. Thus, she can return to her more important political work on the outside. The Third World masses, not the First World prison population, are the main focus for revolutionary work. A comrade need not sacrifice her own personal safety while incarcerated in order to politicize or defend other prisoners. She can do so in some situations if she is very careful, but she should be extremely tactical in her thinking and behavior. She should feel no guilt for making compromises while incarcerated so that she may “live to fight another day.”

5. When a comrade is released, the outside leadership will determine how and at what level she should re-enter the organization and movement. The comrade should respect the decisions of the leadership on the outside.

8. If a long-time comrade is incarcerated for a significant amount of time, the organization should attempt to provide the comrade with at least a minimal amount of support — even if that means merely ordering the comrade reading materials or putting credit on her commissary. Small things are important when one is incarcerated. A little goes a long way toward making life a bit more bearable in prison. Whether or not the organization or movement can provide support to its prisoners obviously depends on many factors, including security ones.

9. If you do find yourself incarcerated, try to stay strong and healthy. Try to eat and exercise. Keep your spirits up. You are not forgotten.