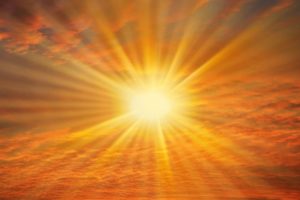 This is a collection of talking points to introduce Leading Light Communism to other people’s forces that may not understand the truth of what we are saying yet. We must always express these points in a humble and friendly, never arrogant way. Let them come to us at their own pace. These people have their own long tradition of serving the people. We must be respectful of this, but also critical in a friendly way. A true friend is an honest friend. Education takes time. Relationships and trust take time. We are planting seeds.

The world revolution is at a low point. The last great wave of revolution, the Maoist revolution in China, peaked around 1969. The world has changed greatly in the half century since that time. The way out of the current impasse of decline and stagnation of the revolutionary movement is to further develop revolutionary science and new, advanced practices. It is necessary to acknowledge the contributions of past Leading Lights like Marx, Lenin, and Mao. However, to remain stagnant, to remain in the past, is to have already lost, already been defeated. The capitalists are always advancing their science of oppression. We must do the same. This is what Leading Light Communism is about.

2. The world has changed, the whole First World, Bourgeois World is the enemy.

3. The Third World, the Proletarian World, is the storm center of the world revolution.

The exploited and oppressed classes of the Third World are our friends, our social base. Oppressed peasants, landless peoples, tribal peoples who suffer oppression, the slum dwelling poor and workers of the Third World and their allies are the sea in which we swim. We are the poor, the exploited, the oppressed, those whose voice has been silenced. These are our sisters and brothers, our people. The Proletarian World will rise up like a mighty storm against the Bourgeois World and all its allies. All reaction, all oppression, all exploitation — imperialism, capitalism, semi-feudalism, patriarchy, etc. — will be washed away. The Bourgeois World will be dismantled through Global People’s War.

4.  Third World, Proletarian World, has changed. We must adapt.

We must also understand that the Third World and its allies, the Proletarian World, has changed. The world is not the same as Mao’s day. We cannot rely on dogmatic strategies of the past. For the first time in history, more people live in cities than in the countryside. There is a New Proletariat that is rising amongst the poorest peoples in the global slum of the Third World. Global People’s War must be adapted to account for this new rising class. People’s war should not be conceived as a linear process from the countryside to the city anymore. Instead, we need to adapt more sophisticated strategies that match today’s economic realities. This includes adapting transitional forms like New Democracy and New Socialism to the urban context. This means adapting New Power and the Red Zone to this new context. This is not to discount the countryside, the country side will still play an important, key strategic role, but its logistical importance may even be more important.

5. We advocate Global People’s War, an internationalist and total people’s war using old and new methods, against the Bourgeois World.

Global People’s War is total war. It is a people’s war without borders. It is people’s war of many fronts in many countries, speaking many languages, with only one flag. We must not be limited by traditional conceptions of war. No option should be taken off the table. We must use every tool in the tool box against the enemy. Long term, protracted efforts to weaken the logistics of the Bourgeois World while increasing our strength are especially important. We must develop midterm, longterm, and inter-generational strategies to disrupt and destroy the Bourgeois World and its system of global imperialism. We must update our science and technology of war.

6. We call for a new internationalism; we cannot rely on enemy help.

We should not count or rely on intra-imperialist conflict. The overall trend has been toward a system of global imperialism, the global domination of the Bourgeois World as a whole. This situation is similar to how Lin Biao said imperialism and social-imperialism still had contradictions, but that they had reached reconciliation overall in their joint exploitation of the global countryside. Just as global capitalism has globalized, so must resistance to it.

People’s warriors of all nationalities, colors, languages, etc. are welcome in our ranks. We call on people’s warriors everywhere to join the struggle in whatever capacity they can. We must concentrate the maximum amount of force against the weakest points of global imperialism, against the Bourgeois World. Do not spin your wheels where victory is not possible. Direct energy to where it matters.

We must be innovative and daring, ideologically and in practice. To break the decline and stagnation of the world revolution, we must reevaluate all aspects of ideology and practice from the standpoint of the most advanced science. We must adapt or perish. This is the nature of scientific and revolutionary advance. We must uphold the advances of Leading Lights of the past like Marx, Lenin, Mao, but also the advances of today. We must strive to elevate to bring all people’s forces, friends of the people, to the new science.

9. We fight for Leading Light Communism.

We fight to end all oppression, all exploitation. We fight for total liberation. We do not intend to merely recreate past models of socialism. We must innovate. We must take revolution, take socialism, to a whole new level. New technologies exist. Sustainability is key. New advanced revolutionary science exists. New methods exist to really make total communism, Leading Light Communism a realistic, achievable goal.  Just as the Maoist revolution advanced beyond the Bolshevik one, we too must advance.

This is the beginning of the new wave of proletarian, communist revolution. We must not hesitate.  We must have the courage to embrace it, to fight, to live and die, for total liberation, for Leading Light Communism. Surrender is not an option. Stagnation in not an option. Daring. Courage. Loyalty. Discipline. Sacrifice. We must carry our lives on our fingertips, be willing to give everything when called to do so. We must stand shoulder to shoulder as sister and brother, as comrades-in-arms. We must always help each other when we stumble. Pick ourselves up when we have fallen. Never betray. Never cower. Never give up. Our hearts are the deepest red. Our example will shine like the sun shattering the midnight of exploitation and suffering. We must be the sword of history.  We serve the people. And this is greatness.