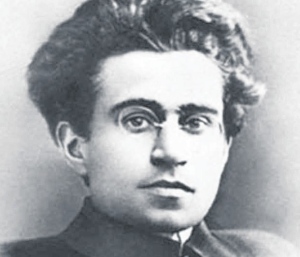 Leading Light Communism and the Writings of Antonio Gramsci

A key component of the power of the bourgeoisie is through the use of what Italian communist Antonio Gramsci called “cultural hegemony”. The global bourgeoisie of today, the Bourgeois “First” World, not only rules society through the brute force of the state. They also rule through the dominance of a society’s culture and ideas. The Bourgeois World dominates society not only with their armies, mercenaries, corrupt neocolonial politicians and police spies, but also through the propagation of their world view, values, customs, and ideology in society. As Karl Marx once wrote, “The ideas of the ruling class are in every epoch the ruling ideas, i.e. the class which is the ruling material force of society, is at the same time its ruling intellectual force.” (1)

Antonio Gramsci describes how this hegemony works in his Prison Notebooks:

“1. The “spontaneous” consent given by the great masses of the population to the general direction imposed on social life by the dominant fundamental group; this consent is “historically” caused by the prestige (and consequent confidence) which the dominant group enjoys because of its position and function in the world of production.

2. The apparatus of state coercive power which “legally” enforces discipline on those groups who do not “consent” either actively or passively. This apparatus is, however, constituted for the whole of society in anticipation of moments of crisis of command and direction when spontaneous consent has failed…” (2)

While very much grounded in the historicist views of his time, Gramsci opposed economism and the Theory of the Productive Forces. Such crude economic determinism condemns the masses to delay the struggle for full communism indefinitely. Like Lenin, Gramsci proposed that the proletariat can take charge of history itself through militant class struggle, by waging a “war of maneuver” through their vanguard communist party. Beyond Lenin, Gramsci proposed that this communist vanguard wage a “war of position” in the ideological and cultural realm of society. (3) And beyond Gramsci, the masses of people in revolutionary China under Mao’s leadership were able to put these ideas into practice. This was both the case during the Chinese Civil War, and also (and especially so) during the Great Proletarian Cultural Revolution. (4)

Reformists, social-democrats, and other modern revisionist forces have appropriated Gramsci’s theories for their own ends, emptying the theory of cultural hegemony of all revolutionary content. (5) They seek gradual entry into the existing superstructure of bourgeois society, as a means to counter bourgeois hegemony. These reformists see no fundamental role for a Leading Light Communist vanguard, and oppose building the New Power of the Leading Light.

These reformists hijacking Gramsci’s theories also do not differentiate between the Bourgeois World and the Proletarian World, and further deceive the world’s majority. They pretend that the exploited class in the world today is the same as it was in Gramsci’s time. A newer kind of revisionist, claiming the legacy of both Gramsci and Mao, ignores this global divide as well. Like the overt reformists, these First Worldist “revolutionaries” seek to gradually take leadership of the populist “left” forces within the Bourgeois World. These social-chauvinists call their deliberate hiding of the global divide between the Bourgeois World and Proletarian World “the universality of Protracted Revolutionary People’s War”. What outrageous piracy of People’s War by these social-imperialist revisionists! (6)

True revolutionaries, unlike reformists and revisionists, are Leading Light Communists united under the LLCO! We seek to build the New Power of the Leading Light. It is the independence of this New Power that is the basis for Leading Light Communist participation in and leadership of an anti-imperialist united front. The New Power of the Leading Light is a “state-in-miniature” in the Proletarian World to counter the cultural hegemony of the Bourgeois World and its agents, in preparation for Global People’s War to topple the global rule of the Bourgeois World. Even then, the victorious Leading Light must continue to spread its cultural hegemony globally. Only then can humanity be truly on the path to global equality and total liberation!