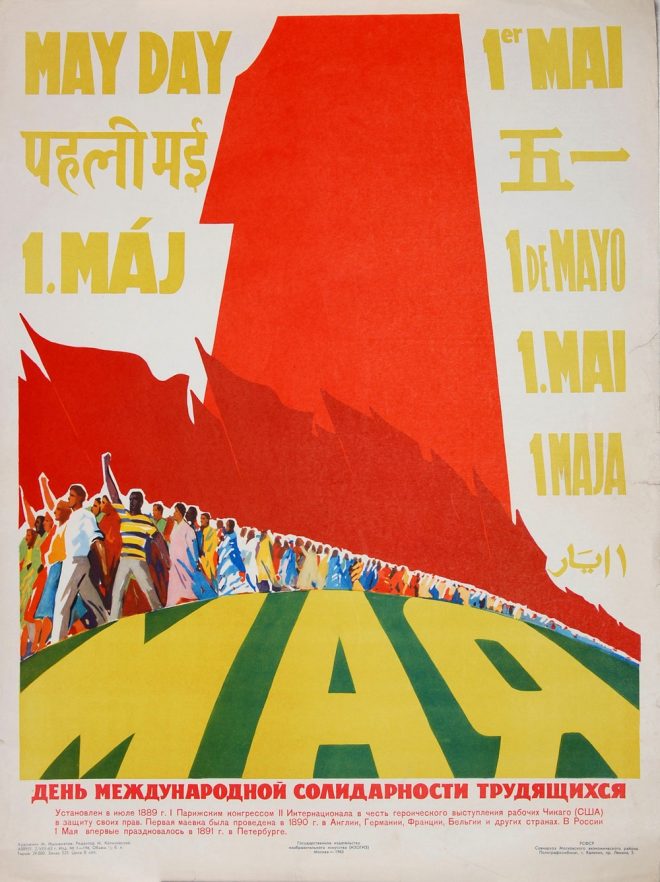 This International Workers’ Day, the Leading Light Communist Organization offers a message of unity and solidarity to all like minded individuals and parties around the world. As we have stated over the course of the last year, we are living through a historic time with unusually high stakes. The next few years will inevitably shape the future of humanity more so than the last 10 years combined. The global pandemic and the resulting economic crisis has provided a unique window of opportunity for organizations like the LLCO, but unfortunately also for our enemies in the capitalist class.

It is no small task to challenge the established powers during this chaos. The ruling elites are much better prepared to take advantage of crises than the working class. During this pandemic, the wealthiest of the global elites have astronomically increased their riches while the vast majority of the world’s population suffered. Corporations have been filling their coffers with zero regard for the safety or livelihood of their employees. Frontline and “essential” workers are exalted in the media, while being denied paid sick leave, hazard pay, or even adequate safety measures. Concrete, material benefits have been replaced by empty platitudes and meaningless virtue signaling. The conditions for a workers’ awakening are in place, but there are still many challenges that must be overcome.

To insulate the capitalist system from an organized backlash, the bourgeoisie seem to have massively expanded their neoliberal propaganda and censorship campaigns, successfully pitting large sections of the working class against each other. While the capitalists strengthen their positions and consolidate their ill-gotten gains, they have made great efforts to ensure that class has been largely supplanted by identity as the predominant topic in leftist discourse. This trend has been actively promoted in the first world for quite some time, but it appears to have been accelerated within the past year. We are now witnessing it increasingly take hold in the third world as well. Those who subscribe to this trend are playing directly into the hands of the capitalist’s divide and conquer strategy of social control.

We must utterly reject arbitrary, identity-based divisions. We must promote and organize based on class lines. Now more than ever, it is imperative that communists find points of unity with other parties, organizations, and individuals sharing similar goals, and that place emphasis on class and material conditions, rather than neoliberal notions of identity. Let us work together to seize the future that belongs to us. Ending oppression for all, regardless of identity, depends on the defeat of the capitalist system. And victory over capitalism can only be achieved by a globally united proletariat. The Leading Light Communist Organization extends an offer of solidarity to all who share our vision of a world without oppression. If you are interested in joining the LLCO or working with us to achieve our common goals, contact us at [email protected].

Actions speak louder than words. We have been putting our theory into practice for the better part of a decade. Unlike the bourgeois corporations and media, we have no use for empty promises, or words without deeds. Leading Lights sacrifice their time, money, and resources to advance the cause. We demand an equal amount of dedication from those we welcome into our ranks, or collaborate with.

We encourage all who wish for a better world, whether they work with us or not, to make the necessary sacrifices to achieve total victory. Humanity and the Earth depend on it. What better time than International Workers’ Day to make the pledge to the noblest of causes? This May 1st, make a pledge to fight for a just, equitable, communist world.

To all that are already making the difficult sacrifices: Happy International Workers’ Day! Victory to all of the Working Class!