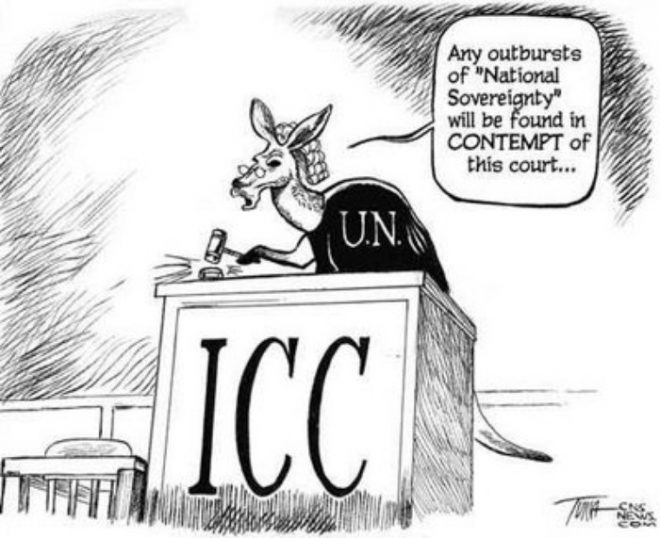 International Law and its Place in ‘Late-Stage’ Capitalism

Toronto-based international criminal lawyer and long-time critic of the International Criminal Court (ICC), Christopher Black, recently published a paper titled, “Marx and International Law – A Perspective,” which is now available online on his blog. The paper provides insights on global capital, discussing how international law for capital means the mechanisms used to “solidify and codify” imperialism, and how law affects class relations on a global scale. In it, he states: “This class tension both within states and between states is essential to understand in order to understand the real nature of international law,” and that the issue then becomes what to do about the global dominating military power that is Washington. And indeed, the UN has been used by Washington “in violation of the central precepts of the UN Charter,” particularly against nations that are targets of U.S. foreign policy and refuse to allow U.S. international capital into their countries.

Examples of clear violations of the UN Charter include economic sanctions, which are a form of warfare and are considered illegal by the Human Rights Council of the United Nations. Currently in Venezuela, which has public universal healthcare, the sanctions are preventing people from access to some of the most basic necessities such as medicine. U.S.-imposed sanctions are meant to encourage social unrest from within and to prevent economic development and/or recovery, as they kill countless civilians through disease and malnutrition; the aim is to increase pressure for nations outside of American Empire’s spheres of influence to allow U.S. international capital into their countries. Although a more subtle form of coercion, sanctions are just as effective, if not more, as bombings in devastating and causing the numerous deaths of a target country’s population. And yet, despite going against international law, the United States continues to impose them, with impunity; most of it is done without UN authorization. However, regardless of whether or not UN Security Council approval is given, therein lies the contradiction: the UN ultimately serves U.S. interests. It is anything but a democratic institution, to say the least.

This is made even more pronounced with the UN founding of the ICC in 2002, which indicted 39 Africans and other high-profile cases of leaders who resisted globalization and transnational capital, such as former Yugoslavian President Slobodan Milosevic (whose team of defense lawyers included Black). Black describes the UN tribunal as being a “NATO military tribunal” in reality, as well as a “kangaroo court” in an October interview. And it’s not hard to understand why considering how notorious the ICC is in its refusal to prosecute the likes of George H.W. Bush, George W. Bush, Colin Powell, Madeleine Albright, Tony Blair, Barack Obama, Bill Clinton, Hillary Clinton, the Saudi royal family, Benjamin Netanyahu, Paul Kagame, Nicolas Sarkozy, and the list goes on. On top of that, the UN Charter was also adjusted to include the infamous doctrine “Responsibility to Protect” (R2P), essentially justifying imperial military intervention for “humanitarian” reasons, thus giving imperialism a new veneer.

It is here that we see an international hierarchy of nations. This leads to the question: keeping in mind the existing material conditions and social relations within and between nations, what is the way forward to the establishment of a just world order? What can we do to end the competition of global capitals and thus put an end to the drive towards war? What can we do to eliminate the threat of nuclear annihilation and build a lasting peace? Although ridding the world of nuclear weapons is a noble goal, it would need to be done on a worldwide scale — and it would also need to include the United States giving up its nuclear umbrella, which it will not do anytime soon. As long as the United States has its nuclear weapons and uses them to threaten countries that are targets of its foreign policies and regime-change projects, countries such as North Korea will not give theirs up and will continue to maintain them for self-defense as a deterrent against imperialist aggression. But, if and when imperialism ends, then there will be no need for nuclear weapons. Hence the case for a radical reorganization of the global order through a Socialist orientation; and with it comes a distribution of the world’s wealth “From each according to his ability, to each according to his needs!“

1.Black, Christopher (2018). Marx and International Law-A Perspective. One Voyce of the World. Retrieved from: https://christopher-black.com/marx-and-international-law-a-perspective/