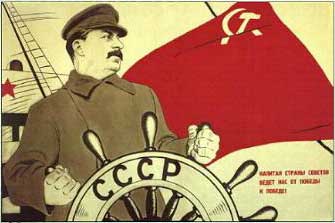 In 1939, Stalin tried to make a deal with the West against fascist Germany. Recently declassified archive documents show the extent that Stalin went to in an attempt  to stop Hitler by offering an alliance to Britain and France on August 15, 1939. According to the documents, Stalin offered to commit one million troops to stand watch on the German border to deter Hitler from expanding World War 2. According to one source:

“The Soviet offer – made by war minister Marshall Klementi Voroshilov and Red Army chief of general staff Boris Shaposhnikov – would have put up to 120 infantry divisions (each with some 19,000 troops), 16 cavalry divisions, 5,000 heavy artillery pieces, 9,500 tanks and up to 5,500 fighter aircraft and bombers on Germany’s borders in the event of war in the west..” (1)

Had the deal been taken seriously, Stalin was prepared to up the level of support to double the number of Hitler’s fielded forces at the time. However, Stalin was rebuffed by the West.

A week later, August 23, 1939, Stalin made a treaty with Hitler after Germany attacked Poland. Stalin’s detractors criticize the Molotov-Ribbentrop Pact as a purely opportunist move on behalf of a power hungry Soviet dictator. However, these documents indicate that, on the contrary, Stalin attempted to prevent World War 2. According to Major General Lev Sotskov, the Molotov-Ribbentrop Pact would not have happened had the West accepted Stalin’s offer of an alliance. It was only after being rejected by the West that Stalin was forced to sign a pact with Hitler in order to buy time to build up Soviet military strength.

It is estimated that around 50 million people died in World War 2. The Soviet peoples suffered 27 million deaths, more than all the other allied nations put together did. Stalin tried to prevent this catastrophe, the West sold-out humanity and enabled the Nazis. More than any single leader, Stalin prevented the victory of fascism in Europe.

The Western view of Stalin was shaped by imperialists, fascists, and other anti-communists, especially Trotskyists. In Russia, Stalin is viewed very differently. In poll after poll, Stalin, a Georgian, tops the lists as a great Russian leader. (2)(3)(4)(5) This latest revelation about Stalin shows just how skewed Western history is.

5. Could Josef Stalin be made a saint? http://www.telegraph.co.uk/news/worldnew….de-a-saint.html