Bangla Zone: Our lives are our own, our future is our own 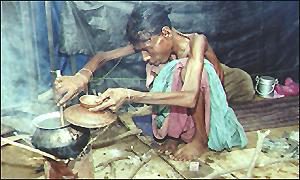 In Bangladesh, feudalism, capitalism, and imperialism all merge into one tyrannical, barbaric system. What exists in Bangladesh is an amalgam of modern and feudal exploitation and control. Global corporations, the neoliberal, comprador state, the network of globalist NGOs and charities all work to ensure the exploitation and control of the masses and resources. All of these institutions are part of the global empire. When it serves its interests, the global empire merges with and promotes feudal institutions and modes of production. When it serves its interests, this empire abandons feudal methods for more modern methods. Islamic and feudal traditionalism exist side-by-side with neoliberal capitalism, two sides of the same coin. The result for the people of Bangladesh is tremendous suffering.

Bangladesh is one of the most densely populated and poor countries in the world. The Gross National income per capita is 520 dollars/40,222 taka per individual, this is the Purchasing Power Parity of 1,440 dollars. Most of Bangladesh’s laborers are engaged in informal, low-income jobs with limited productivity. Twentysix percent of its 150 million population live on under 2 dollars/ 155 taka a day. Eighty percent of the population lives in rural areas. Although the farm sector accounts for less than 20 percent of Gross Domestic Product, 44 percent of the labor force employed in agriculture. The masses suffer rising landlessness. Among the poorest percent of the population, four out of five own less than half an acre of land. Many own no land at all. The number of landless and those with marginal, unproductive farms that cannot support families are increasing. Much of the rural population suffers from lack of adequate services like education, health care, roads and infrastructure, access to markets, electricity, clean water, and safe sanitation. Many people suffer from food insecurity and have unhealthy diets. Women especially suffer because of the feudalist traditions that persist. Much of the urban population also suffers great poverty, suffering many of the same problems. A significant part of the rural and urban population suffer as a result of “natural disasters” caused by poor infrastructure and planning. This threatens much of the livelihoods, crops, homes, and health of much of the rural population. Monsoons, floods, mudslides, droughts affect the rural and urban masses. Erosion and overpopulation are also big problems threatening health, livelihoods, and the environment. Cholera, dengue, and malaria threaten the population. Disease is rampant in the countryside and slums. Half of the children in rural areas are chronically malnourished, 14 percent suffer acute malnourishment. Food insecurity is a reality for Bangladesh. The literacy rate is only 57 percent in the adult population. Infant mortality is higher in Bangladesh than in most countries. This is our reality.

The reality for the imperialist is different. At the heart of the First World, in the United States, the average income for someone over 25 years is 32,000 dollars/2,475,200 taka. People in all First World countries have a relatively comfortable and safe life. Many workers in the First World are wealthier than small capitalists in the Third World. The First World as a whole is part of the bourgeois enemy that will always oppose revolution, equality, and justice. Like a beast, empire consumes more and more of the Third World. The gap between the rich and the poor grows. Over the past century, the difference between the richest and poorest countries has gone from 3 to 1 all the way to 72 to 1 today. We work, we starve, they consume. They have healthy lives and luxury, we live in toxic environments. Instead of helping solve the problems of poverty, health, and underdevelopment, they spend money on endless wars to ensure they can continue to rob the masses and the Earth. Their stomach is bottomless. They demand more, more, more. They are cannibals who feed on our suffering.

Bangladesh is going through a great transitions. Marx long ago wrote how the introduction of modern production methods push peasants off their land into the cities. Individual farming is replaced by the agribusiness of corporations. Changes in production and increasing population have resulted in an exodus of to the cities. However, empire does not value human survival. The farmers who are driven to the city find little work. They are forced to take up life in the ever-growing slums that swell with people in similar situations. Others are forced to flee the land of their birth to find work in other countries, often illegally.

The imperial system has been introducing updated, modern methods of exploiting the masses and the land in Bangladesh. Even though they still use traditionalism and feudalism, more and more, they diversify and update their methods of control. At the present time, there is tremendous conflict between the liberal capitalists and the Islamists in Bangladesh. They fight over who can best serve the empire. Two running dogs are fighting it out. No matter which dog wins, we, the masses, lose. We must not look to the old world for answers. We must not look to the Old Power. The answer is within ourselves, within the masses. A New Power is rising, a New Proletariat of all the oppressed peoples:  rural and slum, peasant and worker, employed and unemployed, man and woman, old and young, political dissidents, homeless, small owners, intellectuals, all who suffer. We are the real heroes. We must become masters of our home, of our land. Empire steals our land, our resources, our labor, our opportunity, our freedom, our dignity. There is one thing it will not steal: our future. Our future is ours, if we fight back. Our lives are our own, our future is our own. Armed with the most advanced weapon, all-powerful Leading Light Communism, we will make total revolution. We will conquer the future for our children and for our children’s children.